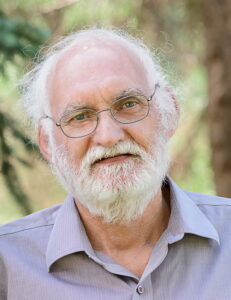 It is with great sadness that the family of Rick Bennetts announce his unexpected death on February 3, 2020. He will be missed by his children: Michelle (Trevor), Simon and Anna.

He is survived by his sisters: Marie, May (Art), Carol (Gord), and Linda, and many nieces and nephews. He is predeceased by his brother, Larry, and his parents, David and Edith.

Rick enjoyed an interesting career in the Canadian Air Force, from 1968 to 1994, serving in Greenwood, Shearwater, Comox, and Chatham. In particular, he had many stories from his time stationed at the base in Baden-Baden, Germany, during the late 1970s.

After retiring from the Air Force, he worked for Canadian Pacific Rail in Calgary as a rail traffic controller, until he retired again and bought a sailboat, the Enterprize. He spent time in the summer in Nova Scotia sailing (and repairing it) with his son. He also was a very engaged volunteer at his church, Foothills Lutheran, where his hard work keeping the building shipshape will be missed.

His dedicated service to the church since his baptism in the early 1970s is a demonstration of his great faith in God, and his family is comforted by knowing he is with his Saviour.