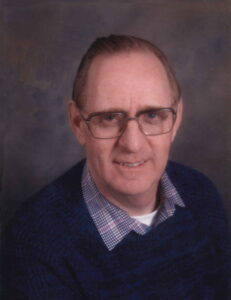 Donald Raymond McCleary passed away suddenly at home in Calgary on Thursday May 14, 2020, at the age of 84.

Don was born July 2, 1935, in Calgary, Alberta, and was a lifelong area resident. He moved in with his aunt and uncle, Nora and Ernie Asbury of Calgary in his early teenage years. Don got his first and only job in the work force at Calgary Drafting and Blueprint Co. starting in 1950 at the age of 15 as a delivery driver. He worked in many positions throughout the company and retired from Caldraft 1977 Inc. in 2000 at the age of 65. In Donâ€™s early adulthood he took an interest in collecting stamps and soon after added coins to this interest which he continued through the rest of his life. He did some hunting and fishing but loved to go camping. He was part Kiwanis Calgary and was an active member until 1977 when he moved to the Calgary East Rotary Club. There he was an active member until his passing. During his time in Rotary he held the President, Treasurer, Casino Director along with many others positions. He volunteered and/or help organized many events held by the club including Pancake Breakfasts, Casinos, Rotary Youth Exchange Program, Student Scholarship Program and Global Fest to mention a few. He also took part in a few International Events around the world.

A Visitation for Don will take place at Pierson’s Forest Lawn Chapel (4121 17th Avenue SE, Calgary) on Friday May 22nd from 5:00 pm – 9:00 pm & Saturday May 23rd from 2:00pm – 3:00 pm. Due to current social distancing restrictions, the attendance will have to be in a rotational fashion to abide by government regulation.