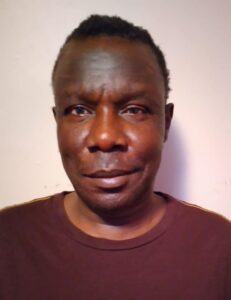 The biography of our beloved late brother (Santino) Mayen Mayen Chan. Mayen Certainly peacefully died on July 9, 2020 in his home in Medicine Hat Alberta. Unfortunately, the cause of his death is yet to be determined. Mayen Chan was born on August 1, 1971 in Awan Chan in Gogrial South Sudan. He is from sub – clan known as Pakuiin in Pajok. Santino Mayen was born to Mayen Chan from Awan Chan thatâ€™s one of the sub- community within Awan (Mourkuau) community. Unfortunately Mayen father was killed in one of the battles in SPLA liberation struggle.

Mayen Chan started his education in early 1980s in Mayen Pajok primary school in Gogrial administrative area. Due to the last civil war in then Sudan that started in 1983 Mayen Chan and so do others in South Sudan region could not continue with their studies. So, Mayen Chan decided to joint liberation struggle in 1984 together with his farther just year after the establishment of the SPLA/SPLAM. Mayen Chan had then attends a military training in Bilpham military training centre in Ethiopia and sent to Cuba by SPLA/SPLAM moment in 1985 with some of his comrades. Most of these young men and women were successful with their education. However, some of them went back to South Sudan and help in various sections in the government of South Sudan and some are here with us today. Santino Mayen Mayen Chan was best known to his colleagues in the Red Army as (Cubanos) or â€œ19â€.
His colleagues also know him for his sense of humour, kindness and love.

Mayen had continues with his education in Cuba and obtained a diploma in Vet- Medicine in 1995 and moved here to Canada in 1997. Since then he has been working in Labour Market. Santino Mayen Chan will be missed most by his family, community and mostly by his colleagues the Red Army community. May Almighty Father rest his soul in peace?

Those wishing to view a livestream of the service may do so by going to the following link: