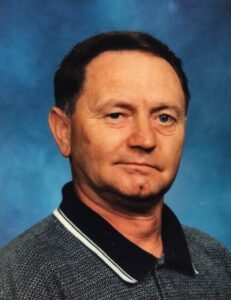 It is with deep sorrow that we mourn the passing of John Zizek on Tuesday, May 19, 2020 at the age of 73. John will be dearly missed by his loving wife of 52 years Rozina; his daughter Susan; his son David (Luisa) and his granddaughter Sarah. John is survived by his siblings Rozina, Irena, Ceril, Lidija and Staza and a large extended family. John was predeceased by his parents Ana and Martin Zizek and his brother Joseph.
John was born and raised in Velika Polana, Slovenia. He met his sweetheart Rozina and together immigrated to Calgary, Canada, where they married and raised their family. John spent his early working years in construction and operated his own cedar siding business. He worked his last 25 years as a caretaker for the Calgary Catholic School Board.
John had a love for wood working and was the ultimate handyman. John could brighten a room with his great laugh and immense smile. John was a man of faith and lived it daily through his actions. He was kind, gentle, mild-mannered and compassionate. He had a love for his wife and family, always putting them first.
A private funeral mass will be held for John at St. Mark’s Catholic ChurchThe family would like to sincerely thank the heroic staff, nurses and caregivers at Extendicare Hillcrest for taking such great care of John. In lieu of flowers, donations in Johnâ€™s memory may be made to the Heart and Stroke Foundation. www.heartandstroke.ca