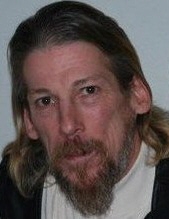 It is with incredibly heavy hearts that the family of Douglas Albert Freeman announce his passing on Thursday, April 16, 2020 at the age of 59 years.

Doug was predeceased by his mother Ellen, brothers Dennis and Kelvin.

To the very last day here on earth, Doug had the drive and passion to keep on going and giving to others. We will also remember Doug as determined, a hard worker always putting his family and friends first and, a true loyal friend.

Doug loved his quiet time with Chris, playing yahtzee and crib, and at the end of the day a good long soak in the tub.

Doug loved to work in his garage and of course his passion and mission was to complete the Beaumont car. Doug could build and fix just about anything. Just by looking around his home and hanging with him in his garage, you can certainly see Doug’s labor of love and again his determination.

Doug lost his battle with prostate cancer. It’s hard to say the words “lost his battle” as he never stopped fighting, he never gave up, he was no quitter, pushing himself for just one more day.

When you think of Doug, celebrate the memories you have of him. Remember that life is fragile and short and should be lived to the fullest.

A Celebration of Life for Doug will be announced at a later date.