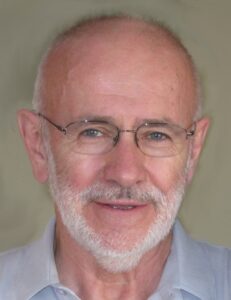 It is with profound sadness that we announce the passing of Gerald â€œJerryâ€ Francis Smith. He passed away quickly and peacefully on Thursday, April 30, 2020 at the age of 76 years, beloved husband of Diane Smith of Medicine Hat. He leaves to cherish his memory Diane, his wife of 53 years, daughters Jena (Derrick) Smith and Leiane (Geoff) Waylett, his grandson Myles, his brother Alan (Judy) Smith, his sister Cynthia (Lawrence) Wilms as well as numerous brothers- and sisters-in-law, cousins, nieces and nephews. He was predeceased by his parents, Herbert and Jessie Smith.

Jerry was born on November 17, 1943 in Medicine Hat. The oldest of 3 children, he grew up on the Cherry Grove farm northeast of Medicine Hat off Box Springs Road. After high school he studied education at the University of Alberta. He met Diane Williams during university and they later married on July 23, 1966 in Calgary. Jerry taught high school and coached school football teams in Calgary and Medicine Hat. He spent most of his years as a teacher and a Vice-Principal at Crescent Heights High School in Medicine Hat, where he enjoyed interacting with students and colleagues.

He was fond of reading, teaching, flying, playing music, traveling, dancing and spending time with his family. He was passionate about local history and the preservation of historical buildings, serving on the board of the Historical Society of Medicine Hat and District. He earned his pilotâ€™s license and opened BarXH Aviation with friends in the mid 1970s where they offered air charter, air ambulance, aviation and flight training services.

He and Diane spent many years participating in country dancing. They enjoyed performing and competing as part of a team named the Lonestar Dancers. When the team no longer did performances, he and Diane continued to teach dance lessons in Medicine Hat and Southern AB for many years after. Jerry and Diane continued to compete in country dancing as a couple, and he danced in a professional-amateur division with his daughter, Jena, as his instructor. He was very proud to have qualified to dance in the World Championships in 2009 with both of them.

Jerry was an avid reader and could often be found with his nose in a book. After retirement he read even more and to contribute to others’ joy of the written word, Jerry was a fill in driver for the â€œbookmobileâ€ that transported books between the fourteen libraries in the Shortgrass Library system.

Following his retirement from teaching at CHHS in 2003 he and Diane enjoyed many years traveling around the world. Jerry was always pleased to speak with familiar folks he ran into around town, and he kept in touch with friends from teaching for years after retiring. A small group of teachers continued to have â€œcoffee chatsâ€ that he really enjoyed.

At Jerryâ€™s wishes, he will be cremated and a memorial celebration of life will be held at a time that will allow more of us to gather to remember him. If you would like to be notified about the date of this celebration, please email our family at [email protected]

For now, those who wish to share photos or stories about Jerry, please share them with his family via The Tribute Wall.

We respectfully decline flowers in Jerryâ€™s memory, but for those who wish to remember Jerry with a donation, please choose any deserving charity.