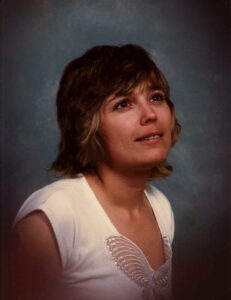 Yin Sit Wong passed away on Sunday, November 17, 2019 at the age of 100 years. He will be lovingly remembered by his children Charles (Cheryl) Wong, of Calgary, AB, David Wong (Hannah), of Vancouver, BC, Albert (Rebecca) Wong, of Calgary, AB, Tina Wong, of Hong Kong, and Herbert Wong, of San Diego, CA; daughter-in-law Nancy Vu, of Calgary, AB; grandchildren Kylah (Colan) Kaiser, Kristie Wong, Nathanial Wong, Christina (Edward) Chiu, Gillian (Michael) Hovey, Steven (Tabitha) So, Alfred (Cara) Wong, Kevin (Lois) Yeh, Ivan (Elaine) Yeh and Joshua (Vivian) Wong; great grandchildren Noah, Mimi, Micah, Elliott, Violet, Lucas, Michael, Christine, Brianna, Slater, Bradley and Liam; and many more family and friends, especially those from the Aspen Lodge and Wing Kei Greenview. He was predeceased by his wife Pui Hing Wong, son Andrew Wong, grandson Jayden Wong and sister Yan Chiu Chan.
Yin Sit was born in China. When he was a young boy, his mother moved his sister and him to Hong Kong where he was raised and educated. During WWII, he returned to China. During this time, he met and married the love of his life, Pui Hing. They moved to Hong Kong after the war and were blessed with six children. Yin Sit was an accomplished teacher and principal throughout his career. He loved to learn and could usually be found reading history, Chinese philosophy and current events in a variety of newspapers. He liked to be impeccably dressed and punctual for every outing. After retirement, he enjoyed traveling to parts of Asia, Australia and Europe. When he moved to Canada, he liked spending time walking with new friends and his family living in Canada. His family would like to thank the staff of the Wing Kei Greenview – 3rd Floor for the kind and compassionate care they showed their father.
A Funeral Service will be held for Yin Sit at Pierson’s Forest Lawn Chapel (4121 – 17 Avenue SE, Calgary) on Tuesday, November 26, 2019 at 11:00 am, visitation to be held prior to the service at 10:00 am. If friends so desire, donations may be made in memory of Yin Sit to the Wing Kei Greenview (www.wingkeicarecenter.org ).