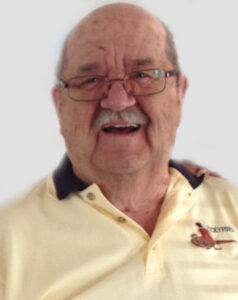 It is with great sadness that the family of the late Bill Kerec announce his sudden passing in Calgary, Alberta on Tuesday, April 25, 2017 at the age of 78 years. He will be lovingly remembered by his wife of 54 years Lorna; children Gordon Kerec, Sharon (Michael) Monti, Donna Kerec, Curtis Kerec and Maureen (John) Beckett; grandchildren Jennifer (Adam)Banning, Christopher Kerec, Christopher (Shannon) Willoughby, Elisha (Jeff) Allison, Joshua (April) Beckett, Cody Willoughby, Elena Beckett and Chelsey Uzoni-Kerec; great grandchildren Keagan, Ella, Khloe, Avrielle, Jack and Michael; many extended Kerec family members including a brother in Switzerland, sister in Slovenia and nephew Tony (Sally) Kerec and niece Anna (Lance) Vanderham; and many more family and friends. He was predeceased by his parents Kalman & Marija Kerec. Bill was born and raised in Otovci, Slovenia. In his teen years he came to Canada which has been his home ever since. While in Saskatchewan, Bill met the love of his life Lorna. They were married and began raising their family in Alberta. A few years later they moved the family to Hamilton, Ontario where Bill had a job opportunity in a steel mill. After retirement they decided to return to Alberta. Bill enjoyed cooking and gardening, but most of all he enjoyed his family. Although a very quiet man, he had a very good sense of humour and loved to pull pranks and jokes on those he knew.