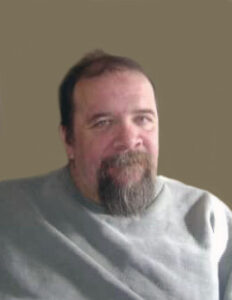 Billy was born in Calgary, raised in Sunnyside and Forest Heights. He attended Sunalta Elementary/Middle School and Forest Lawn Senior High, graduating in 1978. He was a fine wrestler, played on the D-Line for the FLHS Titan Football team and a catcher and 3rd baseman for his community league baseball team.

After graduating, he worked for many years at the Alberta Liquor Control Board until they closed down. From there his health changed in many ways, but he never let it damper his spirit. It left him many years of showing how amazing of a husband he could be, a loving father and an awesome grandfather.

Billy loved sports, all sports and any team associated with Detroit. Gordie Howe was his hockey hero and he always cheered for the Red Wings, even when they sucked. The pain of cheering for the Red Wings in their losing years could be eased with a snort of scotch!

To sum up a life well spent here is a list of his favorite things. ~ Heather (his SUN shine girl) ~ Pipes and pipe tobacco ~ Cooking (inventing his own concoctions) ~ Pierre Burton Novels ~ Chuck, the Hag, Fatso, Two tonne, Jazminder, The Assassin, and Magoo (The Cats) ~ Corporal Dumb Dumb (Puppy) ~ Peters Burgers ~ Base BALL!!!!!

The Family would like to thank everyone who ever touched Billy’s life. Family, friends, caregivers. You all mean so much to us. Thank you.