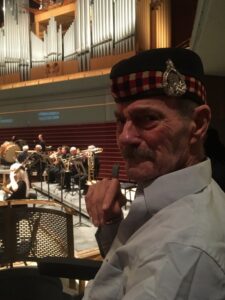 He was born in Windsor, ON to Percy Little and Syble Little (nee Marsh). William grew up in Bell River, ON and lived in Toronto, ON and Kitchener ON, before moving to Alberta.

He is pre-deceased by his wife, Julie; parents, Percy and Syble; 4 siblings, Gerald, Bob, Sybil and Cheryl and one grandson, Andrew.

William was a Sergeant in the military for the Essex and Kent Scottish Regiment. While in service, he earned his engineering degree. He had a long and accomplished career as a civil engineer and contributed to many expansion projects in Ontario with the majority of his career in the Greater Toronto Area. William worked until he was 75 when at the time, he was busy owning and operating his own business.

William was strong and determined. He was also kind, thoughtful and chivalrous. He will be missed by many family and friends in Calgary, Hamilton, Windsor and London, ON.