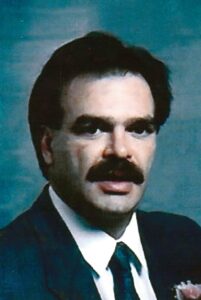 William was born on 14 May 1957 in Halifax, Nova Scotia and passed away peacefully on 21 December 2016 in Calgary, Alberta Canada at the age of 59 years.

Billy was born and raised in Louisbourg, Cape Breton Nova Scotia. He was a good hearted man and loved his son Cole more than anything in the world. He mined in Flin Flon, Manitoba in his early years. He spent a few years on Vancouver Island and in BC. He worked for many years driving semi-truck hauling goods across Canada and the United States and in Northern Alberta. He resided in Calgary, AB. He was predeceased by his father William Cluett, of Newfoundland; his mother Agnes Mary Cluett (Parsons), of Louisbourg, Cape Breton, Nova Scotia, and a younger brother Timothy Joseph Cluett of Sydney, Nova Scotia. Bill is survived by Janette Rene Cluett (Smith) and their son, Cole James Cluett of Calgary, Alberta; by his ex-wife Linda Anne Stone, and their son, Daniel Stephen Stone (Cluett) of Sydney, Nova Scotia; a sister, Susan Agnes Perry (Cluett), of Halifax, Nova Scotia; a brother Darrell Blake Cluett of Sydney, Cape Breton, Nova Scotia; a close nephew, (of sister Susan) Donald Joseph (DJ) McDougall in Calgary; also brother George Andrews lives in Toronto area and sister Janet Hardy (Andrews) deceased; son and daughter of Agnes Parsons (Cluett) and other nieces, nephews and relatives in Nova Scotia.