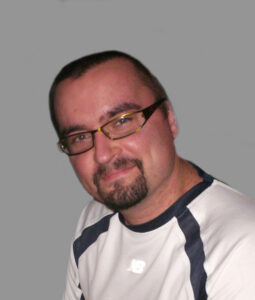 Stacey, William “Billy” Henry August 6, 1985 – April 14, 2014 Billy Stacey passed away at home on Monday, April 14, 2014 at the age of 28 years after a courageous battle with cancer. He will be dearly missed by his mother Jeannie Hathaway (Patrick) of Fallbrook, CA; his father Sam Stacey (Yvonne Bennie) of Kelowna, BC; and his brother Ken Stacey (Rhonda Bare) of Calgary. He will also be dearly missed by Maurice Janssen (Esther)of Heesbeen, Holland, Yvonne & Harry Sugimoto, Patrick Stabler, Joe Janssen, Paul Janssen, Anna Maria Janssen, Chris Thomson (Nadine), Clair Webb (Adam), and many other relatives and friends. Billy was predeceased by Walter & Helen Schneider, Ken & Pauline Stacey, JoAnne Stabler and Scott Stacey. Billy was born in Cold Lake Alberta, lived in Grand Centre, Edmonton and then Australia prior to moving into East Calgary in 1993. He was a graduate of Forest Lawn High School and then became a mechanic’s apprentice and continued his life long passion working in the automotive realm. In 2011 he was diagnosed with stage 4 brain cancer which he successfully battled, returning to work full time at Bow Cycle in the fall of 2013. Billy was a young man with a positive attitude, great smile and cared for all around him. He loved animals, video games, roller blading, motor sports, karaoke, the 403 Scions Club, and any kind of motor sports. Billy’s family extends sincere thanks to all the Doctors, Nurses, other Caregivers, Friends, with special thanks to the Morey Family who have rallied around Billy since the return of his cancer in January of 2014. Relatives and friends are invited to a Memorial Service at Pierson’s Forest Lawn Chapel, 4121 – 17 Avenue SE on Saturday, April 26 at 11:00 am. A time of viewing is also available prior to cremation on Thursday, April 24 from 3:00 to 5:00 pm at Pierson’s Forest Lawn Chapel, 4121 – 17 Avenue SE. In lieu of flowers, donations to the Billy Stacey Memorial Fund in support of Brain Cancer Research at the Tom Baker Cancer Centre are gratefully requested to the Alberta Cancer Foundation c/o the Tom Baker Cancer Centre, 1331 – 29 Street NW, Calgary, T2N 4N2 or at www.albertacancer.ca/memorial. Messages of condolence may be forwarded to the family at www.piersons.ca.