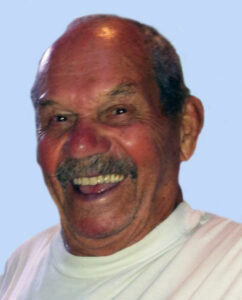 William (Bill) Robert Stephen (1922-2017) passed away peacefully on Saturday, September 16, 2017 at the Rockyview General Hospital. Bill enjoyed the love of his large family, Patti (Armand) Roy, Bruce (Sue) Stephen, Cal (Patty) Stephen, Barb (Steve) Marjoram, Shelley (Craig) Schmidt, Laurie (Mike) Robinson, Heather (Herb) Board. He is survived by all of his children and their spouses and by his 14 grandchildren, Justin, Jenny (Steven), Lisa (Amos), Carly (Chris), Travis, Ryan, Wade, Devon, Trevor, Nicholas, Matthew, Jared, Shawn, Rachel and his great grandchild, Isabel, who were all blessed with a very special dad, grandpa and great-grandpa. Bill was preceded in death by his wife of over 40 years, Joyce; his 7 siblings and more recently, his loving companion Em Mullan. Bill was born on April 14, 1922 in Balmoral, Manitoba. He served honorably in the Royal Canadian Air Force during the WWII and he remained a strong advocate, volunteer and supporter of the Royal Canadian Legion. Bill was a fiercely independent man who golfed, curled, bowled, played darts and cards for all of his 95 years. He was a charming man, a loyal friend, a loving father and husband and will be dearly missed by all who knew him. A Celebration of Life will be held on Friday, September 22, 2017 at 1:00 PM at Legion 285, 9202 Horton Road SW, Calgary (403)255-5772. Arrangements are under the direction of Pierson’s Funeral Service (403)235-3602. In lieu of flowers, please make donations to the Royal Canadian Legion Poppy Fund.