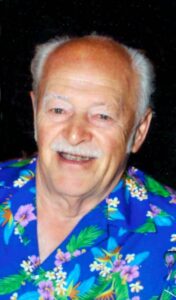 Bill Tenor, beloved husband of Margaret Rose Tenor, passed away suddenly on March 4, 2019 at the age of 85 years. He is survived by his loving children Brian, Alexandra and Darren (Katharine); and granddaughters Victoria, Arianna and Natasha. Bill is also survived by his sister Nellie; and brother Peter as well as many extended family. He was predeceased by his daughter Brenda Rose in 2010; his parents Roman and Irene; his 3 brothers and 3 sisters; as well as a step-brother and step-sister. Bill was born at Arron, Saskatchewan and later moved to Regina. He met Rose in Saskatoon and later she moved to Regina. They married in September 1961 and moved to Calgary later that year. They were married for 57 years.

After working in several fields, Bill became self employed and started a number of small businesses. Bill was a loving father and grandfather and would do anything for his family. He was a jack of all trades and liked to fix cars, work construction, repair sewing machines and fix anything for family and friends. His hobbies were recreational flying, boating, and learning new skills, especially computers. Bill also enjoyed various volunteering activities over the years. He loved to travel and Bill and Rose took many road trips around North America. They also enjoyed 4 cruises.