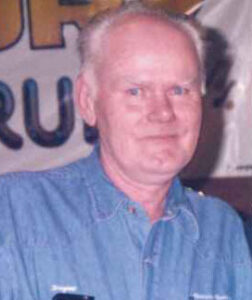 Wayne Allen Ross born September 9th 1942 passed away peacefully in his sleep on April 9 2014 in Calgary AB . He was raised in Saskatoon and Choiceland/Nipawin area at his 2nd home, his grandparents farm just outside of Choiceland where he spend many hours getting into mischief with his cousin Pat. Life seemed to be grand for the both of them until Wayne’s cherished sister Brenda was born and Pat’s brother, Elwood making the farm even more exciting. Wayne took an interest in mechanics like his father and became a mechanic at the age of 19.Wayne married young and had 2 girls: Barb (Joe) Fleming and Tracy (Tony).In 1964 after his mom passed away, his world collapsed and he soon followed his dad and sister to Red Deer and found his soul mate Bernice and chose to become the father to Doris, Pat, Larry, Linda, Penny and Roger .He was blessed with his brother Greg in 1966, and in 1967 Wayne and Bernice were very blessed: Darrel was born, completing the family. They moved to Calgary and he became a truck driver for Crones’s Bro’s/Cascade. Wayne was admired and respected by other drivers and customers he dealt with. There were times when he was requested by name. Wayne earned awards (0ne million accident free miles) and got his (two million) 10 years later. He received many other awards and citations for his abilities and work ethic. Wayne was a man of very few words but we all knew that he loved and cared for us all. He will be sadly missed by his many grandchildren, great-grandchildren and great-great grandchildren. Wayne will be met at the gates by his grandson Ryan. “In tears we watched you sinking, We watched you fade away, Our hearts were fully broken, You fought so hard to stay, But when we saw you sleeping, So peaceful and free from pain, We would not wish you back, to suffer that again. A million time we needed you, If love could have saved you, You never would have died. If we could have one wish, One dream come true, We’d pray to God with all our hearts For yesterday and you.”