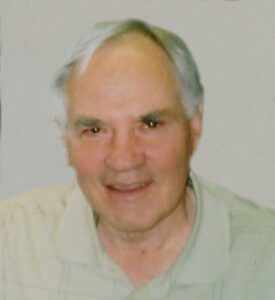 Vaughn Milton Taylor passed away peacefully in Calgary, Alberta at the age of 84 from complications related to Parkinson’s Disease. Milt is survived by his wife Marilyn Wolsey Taylor; their five children Karryn Mysyk (Andrew), Richard Taylor (Kim), Sandii Taylor (Wes Metz), Darren Taylor (Erika) and Krista Banfield (John) all of Calgary; twelve grandchildren Tegan Mysyk-Barge (Jesse), Tyler Mysyk (Tori), Tristen Mysyk, Courtney Taylor, Caden Taylor, Carly Taylor, Cala Taylor, Chelsea Taylor, Connor Taylor, Taylor Banfield, Garrett Banfield and Ethan Banfield; brothers and sisters Ken Taylor (Arlene) of Bountiful, UT, Eltie Helgerson of Raymond, AB and Anita Begieneman (Marinus) of Calgary. He is preceded in death by his parents Evelyn Henrietta King and Vaughn Bittner Taylor. Milt was born on April 7, 1931 in Rossland, British Columbia to Evelyn Henrietta and Vaughn Bittner Taylor. His mother died when Milt was seven years-old and his father enlisted to serve in World War II a short time later. Milt was raised by his maternal grandmother Clara King in New Dayton, Alberta. He served a mission for the Church of Jesus Christ of Latter-day Saints in New Zealand from 1952-1955. After his mission, Milt attended Brigham Young University in Provo, Utah where he graduated with a Bachelors of Economics in 1959 and then a Master of Economics in 1960. In 1960 he married Marilyn Wolsey and they moved to California where Milt taught high school for one year. In 1961 the two moved to Edmonton, Alberta where Milt attended law school at the University of Alberta, graduating in 1965. After working for a year in Calgary, Milt and Marilyn moved to Sydney, Australia. Milt worked as a salesman and attended the University of Queensland where he received a Ph.D. in Economics in1972. After seven years in Australia, the Taylors moved back to Canada where Milt began practicing law at the age of 41. Milt was a partner at McDonald Sallenbach and Bloomenthal until 1978 when he opened his private practice. He was the owner of Acadia Park Law Office and practiced law until the age of 74. Milt’s greatest goal in life was to have a happy wife and family. Relatives and friends are invited to visit at Pierson’s Funeral Home, 4121 – 17 Avenue SE on Thursday, September 24 from 7:00 to 9:00 pm. A Funeral Service will be held for Milt at The Church of Jesus Christ of Latter-day Saints Foothills Stake Center (30 Everstone Boulevard SW, Calgary) on Friday, September 25, 2015 at 11:00 am with a visitation from 10:00 to 10:45 am prior to the service. Interment will follow at the Okotoks Cemetery.