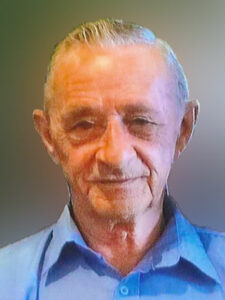 On Saturday, September 17, 2022 Mr. Peter Michael Vaughan of Calgary, Alberta, beloved husband of Cheryl Vaughan, passed away at home at the age of 75 years.

Mike grew up in Liverpool, Nova Scotia, where he met his wife Cheryl Oickle in 1972. They were married on April 19, 1975 and went on to have three sons. Mike was a deep sea fisherman until 1980. At this time he and his family moved to Calgary, Alberta where he worked as a labourer. In July of 2012 Mike battled esophageal cancer and beat it, living nine years cancer free, until November 2021 when his cancer returned. He fought for three months to get out of the hospital and returned home where he passed away on Saturday, September 17, 2022.

Mike is predeceased by his parents Berton and Ester Vaughan and brother Wayne Vaughan.

The Funeral Service will be held for Mike at 2:00 p.m. on Saturday, September 24, 2022 at Pierson’s Funeral Service. Private cremation to will take place at the Foothills Crematorium. Following the service, a reception will be at the funeral home.