You are here: Obituaries / Tony Sharples 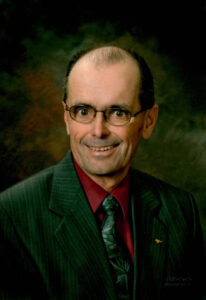 Tony Sharples passed away on Monday, November 30, 2015 at the age of 72 years at the South Calgary Health Campus. He will be dearly missed by his wife Barbara of Okotoks; son and daughter-in-law Scott and Terese Sharples and children Grayson and Katherine, all of Calgary; a daughter and son-in-law Trina and Russell Phillips and children Addison, Kirkland and Alena all of Okotoks and Kierra (Brian) of Toronto; brother David Roy Balser of Lee Creek, BC; a loving aunt Marina Pascoe in Ottawa, ON; and many other family members and friends.

Tony was born during WWII in England. His father, whom he never met, died in action shortly after he was born. At the age of four, his mother married a Canadian soldier, Don Balser, and together they moved to Montreal where he was raised. Tony married his sweetheart Barbara Clarke and they began their family. They moved from Montreal where he began his career in Oil and Gas to northern Alberta for a few years prior to settling in Calgary in the mid 1970s. He spent the final years of his career working as a Safety Supervisor for Calgary Transit. Tony was a man of principle who was generous with his time and energy. He was introduced to the world of hockey when Scott was a boy which began over 30 years of volunteering and participating in the hockey world in many capacities. He also volunteered with various Calgary Transit initiatives. He enjoyed his Saturday morning coffee group, repairing things and taking care of things that needed to be done. Even in the midst of deteriorating health, he was always thinking of others. He was humble, gracious, kind and gentle and will be dearly missed by those who knew him.

A Funeral Service will be held for Tony at Pierson’s Forest Lawn Chapel (4121 – 17 Avenue SE, Calgary) on Tuesday, December 29, 2015 at 2:00 pm. A lunch will follow. If friends desire, memorial tributes may be made to the Crohn’s and Colitis Foundation at www.crohnsandcolitis.ca