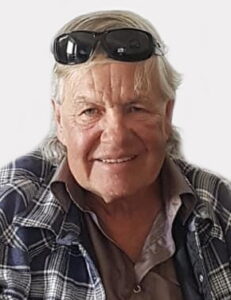 Thomas Edward Skeith passed away peacefully in his sleep on his 65th birthday.
Tom was born November 7, 1955 at Lethbridge, Alberta, son to Norman and Jean Skeith. He graduated from Lethbridge Collegiate Institute in 1973. In 1976, he moved to Calgary to pursue an apprenticeship and trade through SAIT. He obtained his journeyman in sheet metal mechanics and interprovincial red seal in 1981. Tom devoted 43 years of his life to his career in sheet metal work. His career took him to Alberta, Ontario, and British Columbia.
In 1976, Tom met Rita Wahl, who would be become his wife on July 1, 1978. They were married for 42 years. Their greatest joy was their children and then later their grandchildren. Tom and Rita also thoroughly enjoyed all their travels together. They traveled throughout Canada, the US, and Mexico. Tomâ€™s favourite trips were the Alaskan cruise and Hawaii. Throughout his life, he enjoyed playing pool, karaoke, bowling, camping, golfing and watching Nascar, NHL, and CFL. Tom retired in 2017. In retirement, Tom enjoyed yard work, gardening, and listening to 70â€™s rock on the deck.
Tom will be deeply missed by his beloved wife Rita and children: Jonathan (Charity) and their children, Noah and William, Jessica (Robert) and their children, Logan and Carter all from the Calgary area. Tom is also survived by his siblings Terry (Delmarie) Skeith and Jody (Curt) Stuckurt; as well as nieces, nephews, and cousins. He is predeceased by his parents, Norman and Jean Skeith and his sister Jennifer and her husband Mike Chartrand.
Tom will be fondly remembered for his uncanny sense of humor and his playful imagination with his grandsons.
Due to the pandemic protocol, Tom will be remembered in a private service at Eastside City Church.