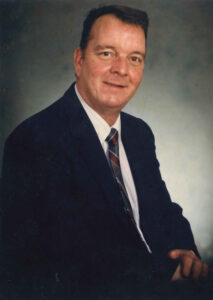 Terry passed away peacefully on Tuesday, July 26, 2016 in Calgary, Alberta at the Peter Lougheed Hospital. Terry was an H-Vac Technician. He was the owner/operator of Nu-Air Mechanical for over 35 years. He was a guy who liked to get things done his way. This is why he adopted the motto “I did it my way.” Terry will be lovingly remembered by his family which included his children Tracy, Brydee, Jody, and Michael; his grandchildren Brandon Suitor, Mikaila Neil, Dawson Suitor, and Morgan Neil-Tempeny; his brother Barry; and many other extended family members. Terry was predeceased by his parents Thomas and Lillian; his sister Ione; and his furry best friend for over 17 years, his dog Cole. Terry enjoyed listening to music, especially Big Band music. He loved to spend time camping in the outdoors and sitting around a campfire. During the summer he liked to escape to his cottage in Ontario to relax. He will remembered for his infectious laugh, his top notch dancing skills, and his love for crime shows on television. Flowers for the family will be graciously accepted.