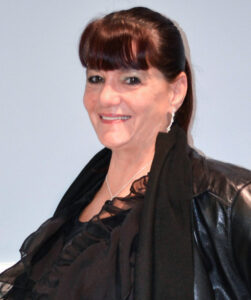 Terri Veinotte passed away suddenly and unexpectedly on Monday, February 8, 2016 at the age of 50 years. She is survived by her children Chelsey, Matt, Lindsey and Alissah, who will miss her and will cherish her in their hearts forever. Her children and their families include: daughter Lindsey Stubbe (Jamie) and their son Ryley; daughter Chelsey Humeniuk and her son Zackary Quigley; son Matthew Humeniuk (Nicole Ward) and their daughter Jae Lynn Humeniuk; and daughter Alissah Veinotte, all of Calgary. She is also survived by her father Tim Read (Iris) of Edmonton; a sister Laura Read (Darrell Englert) and sons Joshua & Issiah Read of Edmonton, and many other relatives and friends. Terri was predeceased by her mother Linda Sheen in 2003. Terri was born and raised in Edmonton, graduating from Bonnie Doon Composite High School. She soon married and started her family, giving birth to daughter Lindsey, Chelsey and son Matt. She remarried in 1996 and gave birth to another daughter Alissah. She gathered her children, left that marriage and lived in Grand Cache, Camrose and Red Deer before settling in Calgary. She worked for a property management company for a number of years which helped anchor her life. Terri had an artistic flare that she expressed by creating paper tolls, painting ceramics and writing and publishing poetry. This was an important expressive outlet for her and also helped her financially. Terri was familiar with hardship which she faced head on and helped her develop strength and resilience. She was quick to forgive and never carried a grudge. Terri had a huge heart and gave generously of herself. She created home for her family and opened it up to anyone who might need it. She had a wonderful smile and an infectious laugh and was an amazing woman, best friend, mother, grandmother. Her children and grandchildren were her greatest accomplishment in life. Although we are brokenhearted, we find comfort knowing that her pain has ended. We will always cherish her words: I love you, a million times around the world and back again. A Celebration of Terri’s life will be held on at Pierson’s Funeral Home (4121 – 17 Avenue SE) on Friday, March 4, 2016 at 2:00 pm.