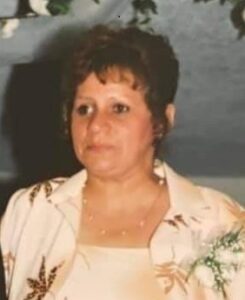 Terry was born on October 25, 1962 in Calgary, where she grew up along side her big sister and three younger brothers. She met her husband Carl in 1983 at the Forest Lawn Hotel where she was working as a waitress. They fell in love and were married on November 23, 1984. In 1989, Terry and Carl moved to British Columbia to begin their new journey together as a family. They spent the next 25 years enjoying countless family road trips, vacation getaways with friends, mountain adventures, many laughs and tears, and even more memorable road trips as the family continued to grow.

If relatives and friends so desire, memorials may be made in Terry’s memory to the Canadian Cancer Society, https://support.cancer.ca/site/SPageServer?pagename=DJ_NW_donation_type_selector&s_locale=en_CA&region=ab&s_srx=cancer.ca-navbar-en