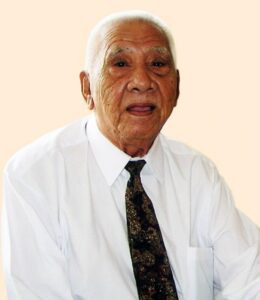 Born April 4, 1931 in chợ Đệm, Saigon, Vietnam. He was the youngest of five children born to Phng Thị Hoa & Nguyễn Kiến Vn. He married his wife, Nguyễn Thị Ho, in 1951. He served in the South Vietnamese Army from 1952 to 1965. Following the fall of Saigon, Tai and his wife were sponsored to Canada in 1985 by their children and lived in Calgary, Alberta until his death on December 29, 2017.

He is survived and cherished by his loving wife, Hoa Nguyen, and their four children, Nang, Tan, Dinh and Duc Nguyen and their grandchildren.