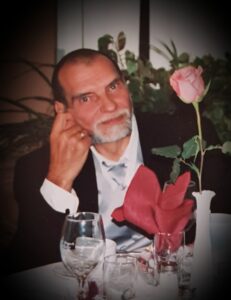 Stoyan Georgiev Stoyanov passed away peacefully in his sleep on August 15, 2018. Stoyan was born in Sofia, Bulgaria in February, 1949. Preceded in death by his parents Georgi and Nadiezda, sister Margi, brother in law Bernd and father in law Boleslaw. Survived by his adoring wife of 40 years Krystyna S.; daughter Daniela M.; son Michal S.; Grandchildren Mason, Sasha, Skyla, Maggie, Araya. Stoyan moved to Lublin, Poland where he met Krystyna to which he married on March 18th, 1978. Together they had a daughter Daniela and son Michal. Stoyan and family moved to Madrid, Spain for 3 years then settled down in Calgary, Canada where he lived out the rest of his full life. Stoyan was a talented artist, he filled his home with amazing paintings some of which were also sold in many parts of the world. He was a very hard working man and had many professions throughout his life. 15 years ago Stoyan started a successful painting company with his son. He was a very hard worker and a dedicated business partner. He had an unfathomable passion for hard work and creativity. When he wasnt busy creating amazing works of art he enjoyed spending time in his garden, cooking Bulgarian dishes, watching soccer and re-watching old western movies. Stoyan was a devoted family man and made sure to keep his family close. Especially his 5 grandchildren, he absolutely adored them. He had a smile that captivated our hearts and souls in the past and many years to come. His memory will forever live in those who had the pleasure to be in his presence. He will be deeply missed by his wife of 40 years, his children, children in-law, his grandchildren, family and friends in Poland, Germany, Bulgaria, Canada and all who knew him. The family wishes to acknowledge with deep appreciation to Palliative Home Care Team; Bonnie, Amanda, Susi, Elayn, Dr. Simon Colgan, Dr. Robyn Grobler. Thank you for the care you provided for Stoyan.