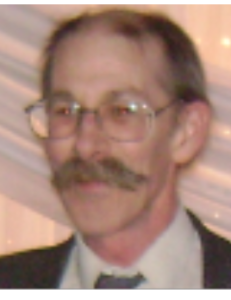 Steve is survived by his two children, Thomas and Kimberley (Trevor); grandchild, Kendra and brother Jeffrey. He was predeceased by his wife, Barbara Anne in 2004; parents, Harry and Vera Fast as well as numerous extended family.

Steven was born in Vancouver B.C. and raised in Sorrento BC. While living in Sorrento, Steve and his family made many memories. At one time there was a pool in the backyard in Sorrento and there would be some very intense Toy Boat Races on the August Long Weekend of which Steve would always come out on top. Uncle David would dress up in his full US Navy Whites and would officiate as well as award the race trophy. The Toy Boat Races led Steve to buying a Catamaran and then a 25â€™ sailboat which he would use to compete with his Uncle David as they had the same size of boat. He was a quick study on figuring out how to get the most out of his boat to achieve maximum speed. Steve also loved racing around on his dirt bike and then his street bike, covering the backroads of the Shuswap. He enjoyed tinkering with everything. He would spend many of his Saturdayâ€™s hanging around the Wheeler Bike shop in Salmon Arm asking questions on how everything worked. He had a love for driving and in the later 80â€™s he left the business machine industry and started driving fuel truck. He worked for several companies over the years and ended his career with Manteiâ€™s Transport. He drove many a kilometer, usually on night shift, without incident and covered Calgary to Fernie and Golden, BC most of the time. Steve also had a love of reading and would never be without a book in hand.

He moved to Calgary in 1979 to work on repairing business machines and computers. He covered the Southern Alberta area for several years. Steve met Barbara Anne Ricketts, who had travelled to Calgary a few years before from Newfoundland to work, in Calgary in the early 80â€™s, they were married in 1986 and continued living in Calgary and starting a family of their own. We will miss him dearly.

Cremation Arrangements will be taken care of by Piersonâ€™s Funeral Service Calgary. There will be no funeral service held at this time due to COVID-19 and final internment will take place in Sorrento, BC at a later date.