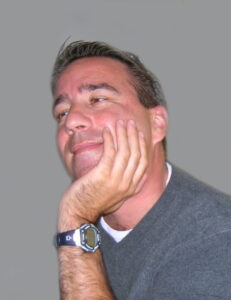 Sadly, we announce the sudden passing of a great man, Stefan Ross, on the afternoon of Sunday September 13, 2020 at the Foothills Hospital in Calgary, Alberta. On this day we lost a husband, son, brother, step-father, papa, true friend and a mentor.

Stefan was born on July 13, 1965 in Baie-Comeau, Quebec and raised by both his parents; Rita and Clement, alongside his sister Helene. He grew up with a love for riding motorcycles and shared this passion with a few of his childhood and lifelong friends; Real Boulianne, his wife Guylaine Viens (Ti-Loup) and Gilles Simard to name a few. His skills for fixing & repairing things led him to Montreal, Quebec in 1981 where he attended college at Teccart Institut and received a College Diploma in Electronics. He then continued to pursue and excel at his technical career and succeeded very well at doing so. In 2002, while working at RBA Inc, Stefan was sent on a work trip to Alberta to help with Payment Processing & Solutions at the Calgary Location. During this visit is when he first met Carol, the love of his life. They then continued their relationship and he frequently traveled back and forth between Montreal and Calgary, as his dad had fallen very ill. Sadly, his father soon passed away and Stefan sold his home in Laval, Quebec and made his permanent move to Calgary to start his new life with Carol. In 2013, Stefan began work at Hayley Electronics. The rest is history and since then, he and Carol have built, created and maintained a beautiful love, friendship, relationship and happy life together.

It should also be mentioned that Stefan was an avid and passionate fisherman and was excellent at it, particularly fly-fishing. He also loved hiking in the mountains, camping, music, sunshine, lake life and being outdoors in nature. Stefan and Carol were together for 18 memorable years and had plans to retire in British Columbia together on a beautiful piece of lake property in the near future. Unfortunately their dreams together were cut short, it all happened so quickly and he was taken from this earth too soon. He will be loved always and forever and missed dearly by all those that knew and respected him. May he now rest in peace and paradise, living his dream of fishing at his cottage lake house up in heaven.