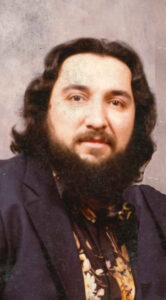 With great sadness we announce the passing of Stanley James Yaknunas, aka Butch, Steve/Sandor Novak. The beloved husband, father, grandfather, brother and friend who passionately loved wrestling and football. He is remembered by his wife Margaret; his sons, Brian and Christopher Yaknunas, daughter-in-law, Darlene Yaknunas; his siblings Mary Archer and Mark Yaknunas; his step-daughter Leanne Lawrence and his grandchildren, Jaden, Katie and Charlise Yaknunas and Trinity Lawrence. A Celebration of Stanley’s Life will be held at Margaret’s resident (3876 Fonda Way SE, Calgary) on Friday, November 7, 2014 from 1:00 – 5:00 p.m.