You are here: Obituaries / Sophie Chubey 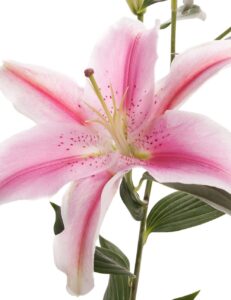 She was born in Vanguard, SK to Julia and Stefan Krushelnitzky. Sophie grew up on a farm with brothers and sisters: Mary, (Bill), John, (Kay), Dora, (Bill), Paul, (Annette), and Edith. (Jim). Sophie helped look after her Uncle Mike’s store in Glen Blaine, SK while he was overseas during the 2nd World War. She came to stay in Medicine Hat, AB with Dora and worked as a clerk in grocery stores until her marriage to John Chubey. They settled on a farm near Glentworth SK. Later, they moved to Assiniboia, SK. After the death of her husband, Sophie moved to her Calgary Condo. Her last year was spent in the Brentwood Nursing home.

Sophie enjoyed knitting, cooking, walking, and entertaining. She was very generous with others but very frugal with herself. She was an excellent host and loved to entertain, letting others do the talking while she listened.

Her catholic religion was very important to her, and when she could no longer walk to church, she would get up early in the morning for the televised mass.

At 95 years of age, Sophie still lived on her own. She had lost most of her eyesight and hearing, but managed by memorizing where everything was, and was supported by neighbours, Home Care and kin.

She was predeceased by her husband, John Chubey, her brothers and sisters, and niece Darlene Panych.