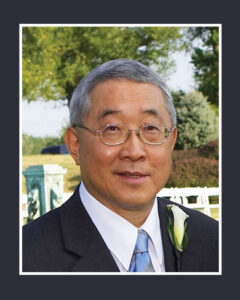 Sherwin Russell Moriyama, beloved husband of Kazuko, passed away peacefully in the early morning of Friday May 12, 2017 at the age of 72 years. Sherwin was the first Japanese-Canadian baby born in Raymond, Alberta to parents Tamotsu and Grace Moriyama. He had a wonderful childhood with his brother Duane and multiple cousins nearby. Sherwin was very talented as he became the pitcher for the Magrath baseball team and enjoyed playing basketball too. He had a passion and a love for music and loved playing the piano and a later received the Governor-General medal in grade 9 for academic achievement, making his parents proud. After finding his happiness in joining the LDS church at the age of 19, he served a mission in Japan representing The Church of Jesus Christ of Latter Day Saints and thereafter met and married the love of his life in Japan, worked and served at Expo 70 and returned to Canada to begin their life. They soon after had eight children and after trying to convince them to take on music, it would be sports that would be dominant in the household, from baseball, basketball, volleyball, soccer, rugby and football, there wasn’t a sport that the Moriyama’s didn’t love. Sherwin loved his family and serving others, there was not limitation, or restriction, he was always the first one to lend a helping hand. Everyone who knew Sherwin knew how kind and generous he was, he would give you the shirt off his back. Sherwin is survived by the love of his life whom he will always admire, his wife Kazuko Moriyama with whom he had eight children. A proud and loving father and grandfather to Perry Moriyama, Ammon (Leslie) Moriyama and daughter Avery, Hyrum (Nicole) Moriyama and son Kayden and daughter Hayley, Marva Moriyama, Amy (Jhong) Rapada and son Artemus and daughter Alexis, Jarom (Adam) Moriyama-Bondar, Faye (Jason) Cradit and two sons Aiden and Casey and Candace Moriyama. Sherwin’s family would like to thank his doctors, the Chinook Intercare Hospice Team and all the volunteers and friends that showed compassion and love to him during his last days. Funeral Service will be at The Church of Jesus Christ of Latter Day Saints (30 Everstone Blvd. S.W., Calgary, AB) on Friday, May 19, 2017 at 11:00 a.m. Reception to follow at the church.