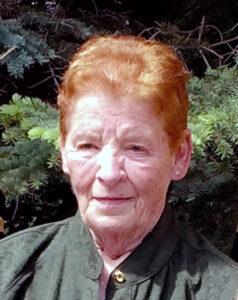 Sheila McLachlan passed away on Tuesday, September 10, 2019 at the age of 81 years. She will be dearly missed by her son Kevin McLachlan (Colleen) of Paris, France; her daughter Andra McLachlan (Kevin Jameus) of Calgary; four grandchildren Lauren McLachlan (John) of Toronto, Brandon McLachlan (Shelby) of London, England, and Ryder Jameus and Jaxon Jameus, both of Calgary; a sister Evelyn Jackson of Creston, BC; and many other relatives and friends. Sheila was predeceased by her husband James McLachlan (Aug. 7, 1995), a brother Adrian Andestad, Sister-in-law Margaret, brother-in-law Al Jackson, and parents Reidar & Georgina Andestad.

Sheila was born and raised in Wynndel, BC and completed her High School in nearby Creston. She attended UBC where she received a bachelor of Science in Home Economics and a Bachelor of Education. She took a teaching position in Nelson, BC where she met James McLachlan. They were married and after a time in Nelson, moved their young family to Calgary where they settled and raised their family in the community of Glamorgan. Sheila taught School for the CBE for her entire career, spending time at Melville Scott Jr. High and TB Riley. She will be remembered for her love of gardening, excellent sewing skills, and devotion to her family, especially her grandchildren whom she adored.

At Sheila’s request, a private celebration of her life will be held.