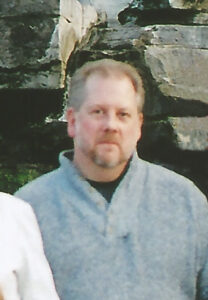 Shawn Tomlins passed away at home, suddenly and unexpectedly, on Friday, December 28, 2018 at the age of 60 years. One of those rare birds at the time, a native Calgarian – he graduated from Bishop Carroll High School and went on to study Physics at the University of Alberta in Edmonton. Returning to Calgary, Shawn worked as an AutoCAD designer for a number of manufacturing concerns in Calgary and surrounding area. He will be lovingly remembered by his mother, Virginia Tomlins and his two brothers, Brendan and Colin, as well as numerous aunts, uncles and cousins living in Alberta and British Columbia. A funeral mass will be held at Our Lady of Fatima (4747 30th Street S.E.), on Tuesday, January 8th at 10:00 a.m. In respect of his wishes, Shawn’s remains will be cremated and there will not be a formal internment. The family is requesting, and would greatly appreciate, that, in lieu of flowers, those seeking to mark his passing instead make a donation to the Society of St. Vincent de Paul – Holy Trinity/Lady of Fatima (https://ssvpcalgary.ca), or any other charity of the donor’s choice.