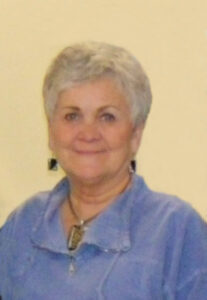 Sharon Louise Moorhead (McCullough) was born on May 13, 1947 in Drumheller, AB to Eddy and Kay McCullough. She served as a Radiation Therapist at the Tom Baker Cancer Centre for her entire working career. She took a short break to raise her children but eventually returned to the Tom Baker until she officially retired in 2009. She passed away in Calgary, AB on February 3, 2016 at the Agape Hospice with her family by her side. Sharon was a very adventurous person who loved to travel. Her affection for traveling consisted of cruises, beautiful majestic Ireland, spending time on the beaches of Hawaii, and when she needed a little pick me up she would travel to Vegas to take in all of the energy Vegas had to offer. While in Vegas she could be found at a concert or sitting around a Black Jack table at O’Sheas (where she seldom lost, so it quickly became a favorite hangout). During the winter months she loved playing, as well as, watching curling. She also loved to spend time with friends, often going on vacations with them. Although she enjoyed vacations, friends, and having fun, it was the time she spent with family that she cherished the most; as she would often reminisce about her grandchildren’s involvement in soccer or hockey to anyone that would listen. Sharon will be lovingly remembered by her children Kari (Joe) Griffiths and Michael (Tiffany) Moorhead; her grandchildren Joshua, Jaden, William, and Emersyn; and her sister Colleen Stella. Sharon was predeceased by her parents Eddy and Kay McCullough; her brother Ron McCullough; and Kari and Michael’s father William Moorhead. A Celebration of Life will be held to remember her life on Friday, February 26, 2016 at 1:00 pm at Pierson’s Forest Lawn Chapel in Calgary, AB (4121 17th Avenue SE). The family would like to thank all of the staff and volunteers at the Agape Hospice for all of their support during this time. In lieu of flowers donations may be made to the Agape Hospice (www.agapehospice.ca).