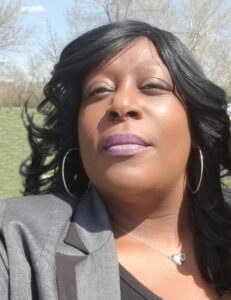 Sharon Stewart passed away on Wednesday, March 18, 2020 at the age of 47 years. She will be lovingly remembered by her son Keshaun; siblings Sylvester (Madge) Stewart, of Palm Beach, FL, Bernice Thompson, Norman (Doriene) Stewart, Keith (Donna) Stewart, Donna Stewart and Delroy (Maxine) Stewart, all of Calgary, AB; adopted sister Sandra Henson, of New York City, NY; nieces Sannyu, Alisha, Genelva, Marsha, Camille, Karena, Melissa, Michaela, Norrecia, Tiaya, Leeza, Lantay, and Arianna ; nephews Sheldon, Rexford Jr, and Demari; grandnephews Richard, Jordan, and Aiden; and many more family and friends. She was predeceased by her parents Althan and Lethilda Stewart.
Sharon was born and raised in Jamaica. When she was in her teen years the family moved to Calgary, which has been her home ever since. Following her schooling years Sharon attended SAIT and became a legal assistant and worked for the City of Calgary Legal Department. Family was of utmost importance to Sharon, especially her son Keshaun. She was a member of the Crown of Glory Ministries Calgary.
Sharon’s family would like to express their gratitude to the staff of the Tom Baker Cancer Center and Peter Lougheed Hospital for their kind and compassionate care. They would also like to thank her coworkers at the City of Calgary Legal Department, Merchant Law Firm, Chadi and Company Lawfirm. In addition theyâ€™d like to express appreciation to the members of both the Crown of Glory Ministries Calgary and the Berean Church of God International Calgary for all of their support through the past few months.
In light of the coronavirus and restrictions enforced by the Canadian government, a private Family Service will be held for Sharon. A public Memorial Service will be held at a later date. In lieu of flowers, donations may be made in memory of Sharon to the Alberta Cancer Foundation (albertacancer.ca/donate).