You are here: Obituaries / Sean Scott 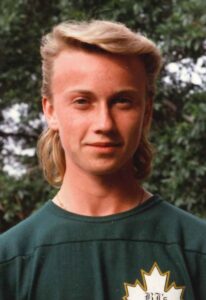 It is with great sadness the family announce the passing of Sean Scott, age 48 of Calgary, Alberta. Sean bravely battled a lengthy battle with Huntington’s disease and the family would like to express their deep appreciation to the staff at Garrison Green Nursing home who took amazing care of Sean. He was born in Prince Rupert, British Columbia to Donna and Donald Scott. Sean was an artist and loved to draw. He loved cars; car shows and formula one racing; Star Trek and being a sharp dresser. Sean also loved motorcycles so much so that he went for motorcycle training twice to make sure he knew exactly what he was doing!! Sean is remembered with love by his mother, Donna Scott and her husband, Hal Squires and his grandmother, Margaret Bain. He is preceded in death by his father, Donald Scott; grandfather, Walter Wesley Bain; grandmother, Mildred McCurrah and his uncles, Gary and Wayne Scott. Sean will be laid to rest beside his father at a later date.