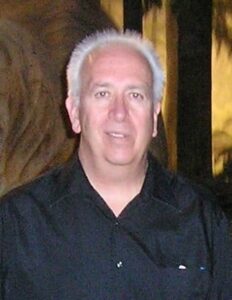 Scott Morley passed away on Sunday, June 20, 2021 at Chinook Hospice at the age of 68 years. Scott is survived by a daughter Monique Morley (Mosey Ceremonia) of BC; a son Michael Scott Morley of Calgary; a sister Marilyn DeLange (John “Denny”) of Castle Rock, CO; and three brothers Michael Morley (Wendy) of Reno, NV., Kenneth Morley, and Christopher Morley (Karin), all of Colorado Springs, CO. Scott was predeceased by his parents John and Carolyn Morley.

Scott was born in Idaho Falls, ID and moved with the family to California for a few years returning to Idaho Falls for his Elementary and Junior High School Years. The family then moved to Colorado Springs, CO where he graduated from High School. After High School, he attended one year at Rick’s College and then served a 2 year mission to Pennsylvania for The Church of Jesus Christ of Latter-day Saints. He returned to Rick’s College where he met Kathleen Mark. They married and moved to Calgary where they raised their family and he has resided since. Scott spent his working years in Construction, including working selling tools. Among Scott’s various interests, he had a passion for cars and loved spending time at the Bonneville Salt Flats. Scott had a warm smile and was genuinely kind to everyone. At Scott’s request, no service will be held. Cremation and arrangements are in care of Pierson’s Funeral Service.