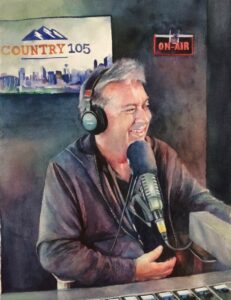 It is with profound sadness that we announce the passing of Scott Tyler Phillips, beloved husband, father, brother, son, uncle, cousin, and friend.

Following a sudden illness, Scott passed peacefully and painlessly on August 27th, 2020, in Calgary AB, at the age of 59. He spent his last days surrounded by family and loved ones.

Scott will be remembered by his loving wife of 34 years, Bonnie Phillips; his children, Robyn Phillips, and her partner Gavin Kaposvary; and Graham Phillips, and his fiancÃ© Chloe MacCormack; his siblings, Brad Phillips, Darcy Phillips, and Nancy Matychuk; and his mother, Bernice Phillips. He will also be missed by his many cousins, aunts, uncles, nieces, nephews, and friends.

His father, Mervin Phillips, precedes him in death.

Scott was born in Yorkton, Saskatchewan on March 9th, 1961. In his high school years his family moved to Penhold AB, where he helped his father build their future house on their new acreage.

After high school, Scott attended Olds College, where he met his future wife, Bonnie Fleck. After graduating, he decided to follow his father into the broadcasting industry. He began his radio career in Red Deer at CFCR, and would follow his passion to Grand Prairie at CJXX, Edmonton at CISN, and finally to Calgary at CKRY, where he would remain for the last 29 years of his career.

Scott truly loved his role as radio host, and would later add the title of Music Director to his position. He earned 11 CCMA nominations, and won the title of Music Director of the year four times: 2008, 2012, 2013, and 2014. He played a founding role in the launch of Country 105â€™s â€œCaring For Kids Radiothon,â€ an annual event that has been going strong for the last 17 years, and has raised over 35 million dollars for the Alberta Childrenâ€™s Hospital.

Along with these awards and events, Scott mentored countless broadcasters and musicians during his career with his encouragement and patience. His passion and love for his job and the industry was catching, and he believed in the power of radio to transform lives.

Outside of his career, Scott loved fine food, a good drink, his beautiful garden and house, but most of all his family. He never missed a moment to talk about the love of his life, or to boast about his two children.

Scott touched so many lives in his lifetime, both professionally and personally. His family would be very grateful to have any experiences, memories, or thoughts of Scott shared here.

In lieu of flowers, please continue to support a cause to which Scott was very dedicated, and make a donation in his honour to the Alberta Childrenâ€™s Hospital Foundation.