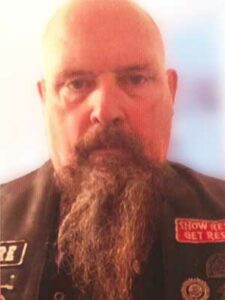 On Friday, November 19, 2021 “Sabre” Arthur Hayes, beloved husband of Peggy Hayes (nee Mills) of Calgary, Alberta passed away at the age of 67 years.

Sabre is predeceased by his parents Rose and Cecil Hayes; and one brother Donald Hayes.

Sabre was born in Calgary, and raised in Bowness, Alberta. As a long haul trucker, Sabre was employed with Grimshaw Trucking, Canadian Feightways, and J&R Hall Trucking. His pride and joy was his family. Sabre loved hiking, fishing, and especially riding his Harley with his buddies from the various bike clubs. He will be dearly missed by all.

In following Sabre’s wishes, no formal service will be held. In lieu of floral tributes, memorial donations made be made in Sabre’s memory to the ALS Society of Canada, www.als.ca