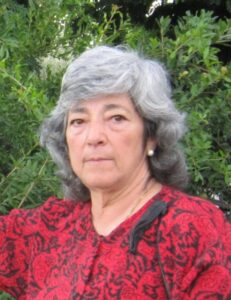 Ryan Prokuski passed away on Monday, December 9, 2019 at the Foothills Hospital at the age of 68 years.

Ryan was predeceased by his parents Fred & Kathleen Prokuski; and two brothers Danny and Allan.

Ryan was born in Regina and as a young boy moved to Saskatoon with his family where he was raised. After High School he moved to Calgary where he took a job with Molson’s Brewery. He loved his work with Molson’s and worked there until it closed in the early 1990s. Ryan then became a 4th Class Power Engineer working with all kinds of interesting and heavy machines. Most recently he worked for Al’s Pizza in Ranchlands, another job he loved until his retirement a few years ago.
Ryan enjoyed fishing throughout his life and Alex remembers fishing with him as a young girl. He was avid Trekkie and also had a keen interest and love of sports, enjoying each sporting season throughout the year. He had a particular fondness for the Toronto Blue Jays and the Saskatchewan Roughriders. Ryan also enjoyed puzzles, building models and listening to his significant music collection. Ryan never forgot the lessons he learned as a youth in Cadets and was proud to participate in a the most recent Remembrance Day Ceremonies. Ryan had a rare and beautiful sense of humour with a talent of telling stories and jokes that could string someone along. He will be dearly missed.

A Celebration of Life for Ryan will be held at Al’s Pizza, 735 Ranchlands Blvd NW, Calgary on Tuesday, December 17 at 8:00 pm.