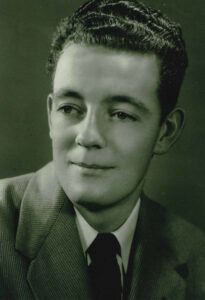 KYLE, Russell Fraser October 2, 1933 March 30, 2014 It is with great sadness that the family of Russell Kyle announces his passing on March 30, 2014 at the age of 80 years. Russell was a much loved husband, father, grandfather and great grandfather. He is lovingly remembered by his beloved wife of 53 years Shirley; his two daughters Sherry (Dwayne) Knoke and Beverly (Dale) Criss; grandchildren Jessica (Chris) Davey, Brittany (Pat) McPhedran, Amber and Kyla Watkins, Teresa and Anthony Criss; and great-grandson Cole Davey. Russell is predeceased by his infant daughter Barbara; his parents Ruby and Oscar Kyle; sister Verna; and great grandson Michael Davey. Russell was born in Barrhead, Alberta on October 2, 1933 in what he was told was a Blacksmith shop and grew up on his father Oscar’s homestead in Lawton, Alberta with his two sisters Verna and Blanche and brother Eldon. Upon graduating from high school in 1952, Russell took a correspondence course through the Radio College of Canada on the subjects of Radio and Television, television being fairly new technology at the time. In 1954 Russell took a job in a bank in Edmonton thanks to his sister Verna where he worked for 4 months before travelling to Toronto to finish taking his Radio course. After working for a short time in a tape recorder service shop, he then moved to Prescott, Ontario to work in an RCA TV factory. His stay was short in Toronto and Russell headed back to Alberta where in 1947 he bought his first new car, a Chevy, which made him feel like a king. In 1955 the Radio College found Russell a job with Frontier Geophysical where he travelled around Saskatchewan and Alberta for 12 years first operating the instrument truck taking seismic records and finishing up as parts manager, all the while greatly enjoying this line of work. In 1959 Russell and Shirley met and by 1963 they had purchased their first home, a home where they raised their two beautiful daughters. Being a great lover of the outdoors and wildlife, Russell purchased a holiday trailer and then later a camper, and with his adventurous family by his side, travelling and camping throughout the foothills and mountains, Alaska and the North West United States. In 1979, the family became the proud owners of a cabin on 40 acres near Bergen, Alberta. Looking for a change of pace in employment, Russell began a job during those years driving for a courier company and eventually started his own courier company alongside 17 other drivers, Monarch Messenger. In the early ’90’s Russell sold his shares and in February 1999 he retired at the age of 65. Always the stoic and quiet gentleman that Russell was, he and his family continued to enjoy their cabin hideaway whenever a retreat from the busy city was desired. Russell enjoyed a very special relationship with his great-grandson Cole who will miss him greatly. A Memorial Service will be held at Pierson’s Forest Lawn Chapel (4121 17 Avenue S.E.) on Saturday April 5, 2014 at 11am, with Pastor Wayne Lewry officiating. Cremation has taken place. Messages of condolence may be forwarded to the family at www.piersons.ca.