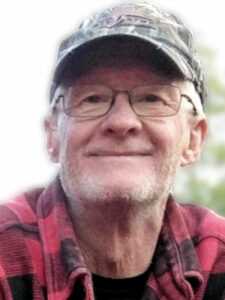 It is with great sadness that the family of Ron “Rudy” Falconer announce his passing on Monday, September 5th, 2022, at the age of 62, following a long and difficult battle with cancer. Rudy faced his diagnosis with incredible courage, continuing to smile and to make us laugh, and to live every day to the fullest extent possible. Despite the pain, Rudy came out a hero and stayed strong until the very end.

Rudy was the first-born of three children to Bruce and Gail Falconer in 1960. He grew up in Ontario until deciding to move to Calgary to pursue work in 1980. Rudy worked as a glazer and had a long and successful career at Desa Glass. After retiring early, Rudy was able to devote his time to his passions of photography, woodturning, and disc golf. Rudy had two daughters and would often take them on adventures of camping, attending air shows, enjoying hikes/nature, and going on long drives on Alberta’s back country roads.
Rudy’s greatest passion was for disc golf. For over 25 years, Rudy had played and promoted disc golf in Calgary, as well as around the world. He spent much of his retirement being heavily involved in the disc golf community. In 2008, he purchased land near Sundre, Alberta to start his dream of creating his own world-class disc golf course. After many years of hard work and intensive labour, two incredible courses were born and are known as Aspen Meadows. These exceptional courses have been enjoyed by many people from all over the world and are home to the Falcon’s Flight Tournament each September long weekend.

Rudy is predeceased by his father, Bruce Falconer. He is survived by his daughters Amanda (Rino) DeMarni, and Chrissy Falconer, grandchildren Ava and Luca DeMarni, mother Gail Falconer, brother Doug (Laurie) Falconer, sister Cathy (Derek) Falconer, and nieces Randi (Amy) Falconer, and Devan Falconer. In addition, Rudy will be sorely missed by his large extended disc golf family. A celebration of life is being planned for the spring of 2023 at the Aspen Meadows disc golf course.
In lieu of flowers, please consider a donation to keep his dream of Aspen Meadows, a premiere disc golf destination, alive! Please reach out to the Aspen Meadows Disc Golf Club for more information on ways to contribute at [email protected]