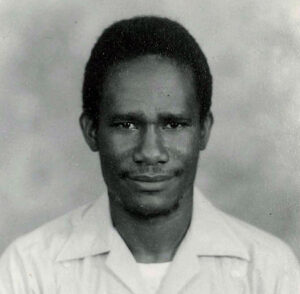 Keith Bailey passed away January 19, 2013 at the Rockyview Hospital at the age of 71. He is survived by his wife Melsedis; six sons Garnet, Ronald & Oral, all of Calgary, and Richard, Kirk & Joshua, all of Toronto; a stepson Derrick Lewis; Fifteen grandchildren; nine brothers and sisters Bernice Waite, Beryl Bailey, Alvergo Landell (Stephen), Charles Bailey, Vinnett Harding (Phil) and Monica Binns (Raphel), Sydney Bailey (Hyacynth), Sharon Gunzelle and Lloyd Bailey (Antonnett John); and a large extended family. Keith was predeceased by his parents Jonathan & Elin Bailey. Born and raised in Jamaica, Keith moved to Calgary in the early 1970s. He loved his work as an autobody repairman and would spend hours working on vehicles. He had a great sense of humour and will be dearly missed by his family and friends. Relatives and friends are invited to visit at Pierson’s Funeral Service, 4121 17 Avenue SE on Thursday, January 31 from 6:00 to 8:00 pm. Funeral Service will be held at Garden Road Seventh-Day Adventist Church, 155 100 Street NE, on Friday, February 1 at 1:00 pm with Rev. Ishmael Ali officiating. Interment will follow at the Rocky View Garden of Peace Cemetery.