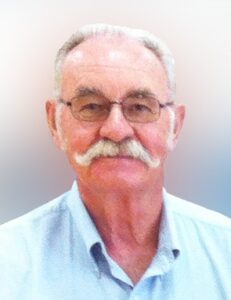 On Friday, April 30, 2021 Mr. Roman Martin, beloved husband of Mrs. Amy Martin, of Calgary, Alberta, passed away suddenly while out for a walk at the age of 81 years.

Roman was the youngest of six children. They were all born in the two storey wood farmhouse built by his father and uncles on the homestead in Ormiston, Saskatchewan. Growing up on the farm, his parents instilled the values of responsibility, accountability, integrity, respect and working hard to earn a dollar. Roman portrayed these values throughout his life. As the youngest son, early life on the farm was not always easy, but fun could be found with his older brothers and sisters. As a young man, Roman followed in the path of his father and brothers in serving with the Armed Forces and enlisted in the Navy. Prior to his service, he met â€œHis Darling Wifeâ€ to be, Amy, and Roman eventually brought her to Halifax to begin their life together. After an honourable discharge, his young wife and son moved to Calgary to begin building a family and open a new chapter in their life. Finding a position at the Balzac Gas Processing Plant, he worked hard to earn his second class steam engineering ticket, eventually overseeing plant operations, all the while telling his children that his job consisted of â€œDigging Ditchesâ€ all day and night. Roman was able to retire early and started to pursue his travel and music interests. He was a man that was always driven to keep his mind active and mischievous. Roman had the ability to find humor in everyday life. He will be missed but will always live in the memories of those he left too soon.

A Private Family Funeral Service will be held for Roman at Pierson’s Funeral Service (4121 17 Ave SE, Calgary) on Saturday, May 8, 2021 at 1:30 pm. Those wishing to watch the service from the comfort of your home may do so via this link:

In lieu of flowers, memorial donations may be made in Romanâ€™s name to the Heart and Stroke Foundation ().