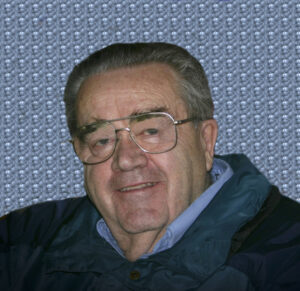 Robert Greep passed away with his family by his side on Wednesday, May 7, 2014 at the age of 85 years. Left cherishing his memory are his wife of 57 years Opal; 10 children, Dealia Milner (Joe), Barbara Balfour (Tony), Dale (Sandra), Glen (Debbie), Linda Greep, Louise Davidsen (Leon), John (Victoria), Lynette Linares (Francisco), Bradley (Jeanette), Rachelle Shipley (Brent), along with 51 grandchildren and 28 great-grandchildren. He was predeceased by his parents William & Harriett Greep, brothers Earl, Jim, Wayne, and sister Gladys Schultz. Robert was born in Wardner, BC and raised in Raymond, AB. He served a mission for the Church of Jesus Christ of Latter-day Saints in Australia. After returning, in his own words, the best thing he ever did was marry Cleah Opal Hatch. Through Robert Greep’s humility he was able to transform the vicissitudes of his life into gateways to growth and quietly touched the lives of all those he came into contact with. The world weeps for men like Robert. Friends may meet the family at a visitation held at the Church of Jesus Christ of Latter-day Saints – Forest Lawn Chapel, 833 – 44 Street SE, Calgary, on Sunday, May 11, 2014 from 6:00 p.m. to 8:30 p.m. The Funeral service will then be held at the same location on Monday, May 12, 2014 at 11:00 a.m. with viewing starting at 10:00 a.m. Messages of condolences may be forwarded to the family at www.piersons.ca.