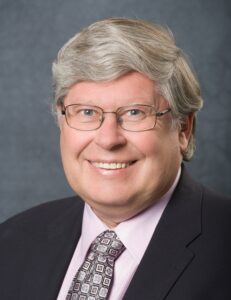 He will be dearly missed by his wife Anne Satnik; their two sons Jeremy Satnik and Kyle Satnik (Emily); and a grand-daughter Chloe, who was the love of his life. Robert is also survived by his brother Bill Satnik (Cheryl) of Ontario; sister Barb Whitelock (Jeff) of California; Anne’s family – Suzanne Dorion and Raymond Constantineau (Madeline); and many other relatives and friends. Robert was predeceased by his parents John and Rosemary Satnik; a brother Barry Satnik; and Anne’s parents Emile and Lily Constantineau.

Robert was born in Toronto, growing up in Newmarket, Ontario and then in Ottawa. After high school he attended the University of Waterloo and returned to Ottawa to attend Carleton University. He met Anne Constantineau bowling and their romance blossomed, marrying in 1976. The following year they moved to Pickering where they lived for eight years and where both of their boys were born. From 1984 to 1993 the family lived in Ottawa and then moved west to Calgary where Robert could be close to the mountains he loved. Robert loved raising his boys and as a result found himself involved in the Scouting and Pathfinder program where he served for 15 years, long after his boys had graduated. His love of children and youth was also felt at Church where was always served in those programs. His service extended into the community where he worked to support and help the downtrodden and homeless with weekly excursions supporting and lifting up those who needed a helping hand. Professionally Robert had natural aptitude in the world of Information Technology. He was always up-to-date on leading edge systems and communications technology. Robert had a deep and abiding faith in God and was a devoted member of the Garden Road Seventh-day Adventist Church. He was generous and kind. He was a dedicated and loving husband to Anne and devoted father to his boys.

A Funeral Service will be held for Robert at Garden Road Seventh Day Adventist Church (155-100 Street N.E., Calgary) on Tuesday, November 17, 2020 at 2:00 pm. Those wishing to watch the service from home may do so via the link below or the link on the tribute wall.