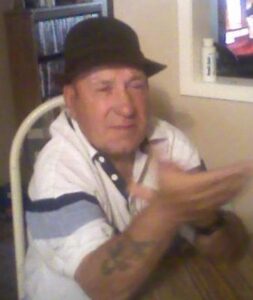 It is with deep sadness that we announce Bob`s passing. He passed peacefully at the Rockyview General Hospital with family by his side. He will be forever loved and cherished by his wife Mina. He also leaves to mourn his loss his children Ray (Elaine), Robert (Sheryl), Kathy and Sue. As well as several Grandchildren and Great Grandchildren. Bob will also be missed by his brothers and sisters Ed, Ken, David (Viola), Shirley (Larry), Bryan (Betty), Barb (Nino) & Gord (Virginia). As well as many nieces, nephews, great nieces and nephews. He also held a special place in his heart for all the children in Lillian Ward`s family. Bob was predeceased by his Mom and Dad, Brother Ray and Son Bruce. Bob`s greatest joys in life were being a hard working Roofing foreman for many years until his retirement five years ago. He loved being spending time watching any sports on television as well as trying his luck at the horse races.

There will be a gathering to celebrate Bob`s life on Tuesday May 23rd at the Forest Lawn Community Hall (Big Hall) 4020 26 Avenue SE Calgary Alberta Between 2 – 5 PM for those that would like to join us.