You are here: Obituaries / Rita Quadros 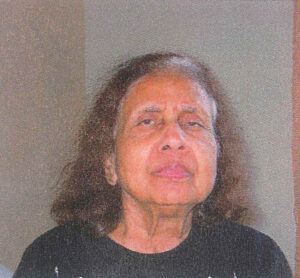 A Funeral Service will be held at St. Bernadette’s Catholic Church (7103 – 20A Street SE, Calgary) on Wednesday, February 19, 2014 at11:00 am. Messages of condolence may be forwarded to the family at www.piersons.ca.