You are here: Obituaries / Rick Cline 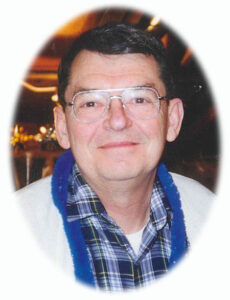 CLINE, Richard “Rick” Malcolm October 25, 1940 – September 12, 2013 Richard Cline passed away on Thursday, September 12, 2013 at the Foothills Hospital at the age of 72 years. He will be dearly remembered by his wife Shirley; three children Carolyn Cline, Rick Cline Jr. (Sandra), and Chuck Cline (Judy); two step-daughters Shonna Boles and Karol Draper (Troy); and many grand and great-grandchildren. Rick is also survived by a brother Terry Logan, a sister Darlene Lubrick (Roy) and a large extended family. Rick was a wonderful man who enjoyed life and had a great sense of humour. He was a Loving, caring, husband, father and grandfather who will be dearly missed by all who knew him. At Rick’s request, no service will be held. Messages of condolence may be forwarded to the family at www.piersons.ca. Cremation and arrangements are in care of Pierson’s Funeral Service. Telephone 403-235-3602.