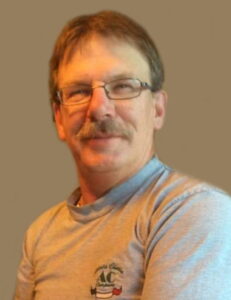 Rick Carbino passed away suddenly on Wednesday, December 30, 2020 at the Foothills Hospital at the age of 62 years.

Rick was born in Kingston, Ontario and grew up in Dartmouth, Nova Scotia with his mom & siblings. Of his many interests, Rick loved fishing and gardening the most. His interest in fish motivated him to own and look after his own aquarium. His 90 gallon tank was a treasure and he could spend hours watching and caring for his fish. During the summer months, Rick would spend time planting, tending and harvesting his veggies. Rick had a soft spot for dogs, especially his puppies bandit & rocket. A construction worker by trade, Rick was a hard worker and rarely missed a day of work. He was kind an generous man who would be inclined to give you the shirt off his back. He was a devoted husband and friend and will be dearly missed by who knew him.