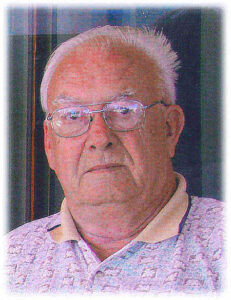 Richard Besplug passed away at Clifton Manor on Thursday, June 14, 2012 at the age of 78 years. He will be lovingly remembered by his wife of 58 years Doreen Besplug; children, Keith Besplug, of Courtney, BC, Kathleen Giesbrecht (Frank) of Spruce Grove, AB and Brenda (Jerry) McNally of Calgary, AB; grandchildren, Michael (Jackie), Matthew (Natalia), Daniel, Jordan, Tyler (Andrea), Joshua, Benjamin, Telisha, and Sydney; and great grandchild Madyson; brothers Frank Besplug of Lethbridge, AB and Alvin Besplug of Redcliff, AB; sisters Francis Heidrick and Irene Hodges both of Medicine Hat, AB; and many more family and friends. He was predeceased by his parents Anthony & Mary Besplug. Richard was born and raised in Prelate, SK. When he was 15 his family moved to Redcliff, AB. While there he met the love of his life, Doreen, and they were married. After starting their family, Richard got a job with Alberta Distilleries which moved the family to Calgary where they have lived ever since. Richard’s family would like to say a special thank you to Doreen’s neighbor Lee who has been her rock for the recent past. A Visitation for Richard will be held at Pierson’s Forest Lawn Chapel, 4121 17 Avenue SE, on Monday, June 18, 2012 from 7:00 9:00 p.m. A Memorial Service will be held at the same location on Tuesday, June 19, 2012 at 2:00 p.m. If friends so desire, donations may be made to the Alzheimer Society of Alberta & Northwest Territories, #303, 6707 Elbow Drive SW, Calgary, AB, T2V 0E5. Messages of condolence may be forwarded to the family at www.piersons.ca. Arrangements are in care of PIERSON’S FUNERAL SERVICE. Telephone 403-235-3602.