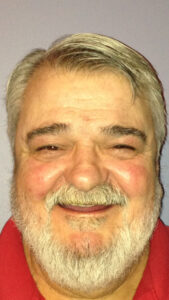 With a heavy heart and a profound sense of loss, we are saddened to announce the passing of Richard Dumais on Thursday, July 17, 2014 at the age of 67 years. He will be lovingly remembered by his wife of 42 years Suzan; children Michelle Harris (Ken Woodward), Daniel Dumais and Matt (Cora) Dumais; grandchildren Julia, Benjamin, Mysie and Hudson; siblings Ron (Evelyne) Dumais, Claire (Bill) Graham, Paulyne (Glenn) Cascanette, Ray (Wendy) Dumais, Fern (Cheryl) Dumais, Yvon (Claudette) Dumais, Normand (Denise) Dumais and Nicole (Ron) Carlson; his four legged friends Bella, Beauregard, Yogi Bear and two newborn puppies; and many, many more family and friends. Richard peacefully passed in his sleep at his home, and returned to his lord and savior, Jesus Christ, while holding hands with the love of his life, Suzan. Richard was an honest, hard working, gentle soul who always considered others feelings. He never had a bad thing to say about anyone and lived his life with dignity and class. Richards greatest love was his family. He had a unique sense of humor and he found great joy in hosting and entertaining people…with his laser pointer. Richard would have liked to thank his many customers he had the pleasure of dealing with in his 40 plus years in the water treatment industry. The entire Dumais Family would like to thank the angels at the Tom Baker Cancer Center, particularly the staff on ward 47; their efforts to keep Richard comfortable in his final days were greatly appreciated by both he and his loved ones. Richard will be dearly missed but never forgotten. A Celebration of Richard’s Life will be held at the home of Robert and Judy Dumais starting at 12:00 pm on Saturday, July 26th(290 Prairie Springs Crescent SW, Airdrie, AB). This is an informal potluck event where all family and friends are invited to drop in anytime after noon and share their stories of a great man. Tribute/Slideshow to commence at 9:30 pm. If friends so desire, donations may be made in Richard’s memory to the Tom Baker Cancer Center (c/o Alberta Cancer Foundation, 1331 – 29 Street NW, Calgary, AB T2N 4N2)